﻿Roberta Marie Munroe is an award-winning filmmaker, author and international short film expert. Her book, HOW NOT TO MAKE A SHORT FILM: SECRETS FROM A SUNDANCE PROGRAMMER , is a provocative and practical insider’s guide to making and distributing a great short film.

Among Roberta’s many producer credits include THE PARKER TRIBE (with David Koechner and Paula Pell, winner best comedy LA Shorts Fest, ) and THE PROCESSION (with Lily Tomlin and Jesse Tyler Ferguson). Roberta wrote and directed festival favorites HAPPY BIRTHDAY and DANI AND ALICE.

From 2001-2006, Roberta programmed short films at The Sundance Film Festival during which time the Online Film Festival won several coveted Webby Awards. Her philosophy is that short filmmaking is “a luxurious art form” and an extraordinary avenue for artists to share their unique stories with the world.​

Stacey is an entertainment and intellectual property attorney and an award winning screenwriter. Stacey routinely lectures on entertainment law topics, particularly as relates to the development and production of motion pictures.

In 2007, while home with her newborn son, Stacey finally decided to put all of those ideas swirling around in her head on paper.  Her life as a screenwriter began. In 2008, she won the Grand Prize for Best Short Screenplay at the Sidewalk Film Festival’s SideWrite competition for her short THE GOOD MAN.

Stacey lives in Birmingham, Alabama with her husband, Nick, and her eight year old son, Charlie.

jonathan   lisecki  /  in the role of austin

amy hill  / in the role of Funeral Director 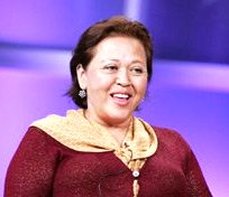 Amy Hill is an actor/writer/improviser whose has appeared on onscreen in such television shows as THAT’S SO RAVEN, AMERICAN DAD, ARRESTED DEVELOPMENT, ENLIGHTENED, DESPERATE HOUSEWIVES and SIX FEET UNDER.  Her film credits include: 50 FIRST DATES, LILO & STITCH, SCROOGED, SINGLES and THE CAT AND THE HAT.

Her theatrical background includes eight years and over thirty productions at San Francisco's Asian American Theater Company, The Eureka Theater, LA's Mark Taper Forum and The Los Angeles Theater Center. In addition to her television career, her one-woman shows TOKYO BOUND, REUNION and BESIDE MYSELF tour nationally. Her award winning one-woman show, "Tokyo Bound" played to sell-out houses and was critically acclaimed in Seattle, San Francisco and Los Angeles. Its production on the International Channel was nominated for a Cable Ace Award.  Born in Deadwood, S. Dakota, Amy's mother is a native of Japan and her father, a Finnish-American.

She has worked on several pieces for exhibition at MoMA, the Hammer Museum, the 2013 Venice Biennale and the 2012 Whitney Biennial. Michelle is a departmental honoree in Cinema Studies at SF State, an alumnus of the Cinematography Fellowship at Film Independent, and holds an MFA in Cinematography from the American Film Institute.

Matthew, the former Director of Feature Film Casting at 20th Century Fox and an in-house casting consultant for the Fox Searchlab Writer/Director Program, has a wide variety of experience in casting a wide range of programming. His credits include Sundance Film Festival standouts, ROCKET SCIENCE, MEAN CREEK, as well as the NetFlix Find Your Voice winner ALMOST KINGS.